Massachusetts Nonprofit Network (MNN) was founded in 2007 by a small group of non-profit sector leaders. Eleven years later, MNN remains the only statewide organization in the non-profit field with an ever-growing number of members.

MNN have five full-time employees working at their office based on Atlantic Avenue in Downtown Boston. Fernando Martinez is one of the MNN’s full-time staff, working at the organization since June 2017 as the marketing and communications manager.

“Around 2007 the economic crash hit and it hit non-profits especially hard. Sources of support, donations, grants, a lot of stuff dried up,” says Fernando.

At the end of 2017, MNN hit 800 members and they are on target to reach 850 by the end of August this year. Most of MNN’s members are non-profit groups with 100 or so being affiliate members.

Non-profit members of MNN also pay an annual fee that is scaled to the organizations budget size. A non-profit with a budget of under $250,000 pays MNN $75 per annum for their services.

At the other end of the spectrum, non-profits with budgets over $50 million such as Harvard University or the Museum of Science pay $3,500 a year to MNN.

The fee that both affiliate and non-profit members pay allows them to avail of the three services that MNN provide; capacity building, public awareness and public policy advocacy.

Within the capacity building service is MNN’s annual conference. MNN’s 2018 Annual Conference will occur on October 10 from 8am-4pm at the Sheraton Hotel in Framingham. MNN expect an attendance of 650 people at the event with a discounted admission fee for members. At the conference, there will be speakers, workshops and networking to help build and sustain non-profit organizations.

“We have explored having it in Worcester, in the center of the state,” informs Fernando. “This is the only place that can hold such a crowd. We’re at capacity every year for this conference. We always run a waiting list, it’s very popular. Right now, we’re registering people for the conference in October.”

The other aspect of MNN’s capacity building service is webinars. The webinars are free for all members. The webinars do not have a fixed schedule but normally MNN host two per month. MNN use different leaders in the non-profit field for the webinars.

“Not everybody who works for a non-profit can afford to get into Boston if they’re out in Springfield or the Berkshires. We know that this is stuff that everybody wants to know. We host it online and we get people to sign up online. They have access to the material in front of them.”

“We publish a report three times every year. It’s either on a policy or another issue that’s pertinent to non-profits in the sector. We just did one on the census and why the census is important for non-profits.

“We try to get that far and wide and make people aware of that. We’ve done past issues on poverty in Massachusetts, we’ve done fundraising for non-profits.”

“We typically have major legislative figures come and speak at it. Robert Deleo spoke at it last year. He’s the speaker of the House of Representatives in Massachusetts.

“Part of this event is we award non-profit excellence awards, which is celebrating the great work that’s been done in the sector. These are the select group of organizations and leaders that are doing great work,” says Fernando.

The third service that MNN provides is public policy advocacy where they work to support the needs of non-profits by co-operating with state legislators, government partners and city officials from different urban areas in Massachusetts.

“We went to Capitol Hill in June to do a meeting with our federal delegation,” informs Fernando. “To get our name out there and try to make sure they remember non-profits and remember the different services they provide in Massachusetts.

“In Massachusetts, working on the federal level, we’re lucky in that all of our legislators are pretty supportive of non-profits. We try to be in the room where it happens and try to keep the interests of non-profits always in mind.”

While MNN do not necessarily need to hold fundraising events as they charge a membership fee, the organization receives financial backing from long-term supporters like the Barr Foundation, the Boston Foundation and the Highland Street Foundation.

MNN works together with the Highland Street Foundation to host the Light of Dawnn Awards. The ceremony was set up in memory of a youth non-profit worker called Dawnn Ashley Jaffier who was a victim of gun violence in 2014.

“We give awards to three rising non-profit stars. That’s one of my favorite events personally because you meet and celebrate people who are literally on the frontlines and you can read their stories on the website. It’s impressive the kinds of journeys these people have had and the impact they’re able to have.”

Currently, there are 33,000 non-profit organizations in Massachusetts which leaves MNN with plenty of room to expand their membership.

“At the end of the day, we can’t do everything but what we can do is build our membership so that we can continue to provide great resources and benefits for the non-profits that are members. We have good footing but we’re at a point organizationally where we want to expand.

“Because we are the voice of the non-profit sector in Massachusetts, we need to be representing more non-profits and include more of them in our membership folds. We’re getting there and we’re slowly building that up. I think that it will be a process that takes a lot of hard work.” 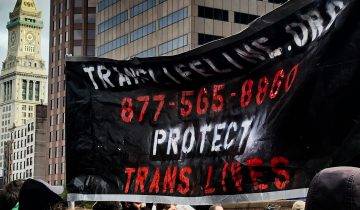