Thirty years after its formation, the Massachusetts Housing & Shelter Alliance (MHSA) was recognized for its innovative approach to ending homelessness in March 2018 with the $100,000 Hearst Health Prize for Excellence in Population Health.

In fact, MHSA has come a long way since it was founded back in 1988. Back then, Greater Boston shelters joined together to form the Greater Boston Adult Shelter Alliance.

The organization was renamed the Greater Boston Housing & Shelter Alliance as it began searching for fixed accommodation for homeless people rather than just shelters. As groups from the western part of the state became involved in the organization, GBHSA evolved into its current acronym, MHSA, to serve the entire Commonwealth of Massachusetts.

Joe has held the position of President & Executive Director since he joined the non-profit in 2003, having previously worked in the field at Father Bill’s & Mainspring in Quincy and Heading Home (then Shelter, Inc.), which is now based in Charlestown.

MHSA is currently based at Bulfinch Place in Downtown Boston and the organization has currently 14 employees. The non-profit has close to 100 community-based groups as members. MHSAa’s status as 501-(c)-(3) means it is exempt from federal taxes.

MHSA meets with its member organizations at its office on Bulfinch Place and at locations across the Commonwealth, such as Framingham and Worcester.

One of MHSA’s newest initiatives is the Hospital to Housing program. “What we’re always trying to do is come up with the next thing that changes the system to makes things work a little bit differently,” says Joe.

“In the Hospital to Housing program, we receive funding from the United Health Foundation, which we then use to pay a managed care organization to hire community health workers that work with people experiencing homelessness. The idea is linking people who are frequent users of private psychiatric hospitals with long histories of homelessness to try and get them housed.”

“We forwarded the whole concept of what we call Housing First. We fund tenant-based services and operational dollars for permanent supportive housing programs. Most importantly, we measure the outcomes.

“Just recently, we worked with the City of Peabody to move 18 individuals basically off the streets. They used to have a street problem there; they don’t have it anymore. Why? Because individuals are housed. That makes the real big difference.”

Tom Brigham is a colleague of Joe’s and is the Director of the Massachusetts Alliance for Supportive Housing (MASH). MASH is a limited liability company that MHSA set up to establish the Pay for Success program.

The program began officially on June 1, 2015 but MASH made an agreement that they could house its first individual on February 1 of the same year. As of August 2018, the program has housed 721 homeless people. Around 200 people have now exited the program. The most common demographic in the program so far has been white males in the 46-62 age bracket.

“There are different reasons for exits,” explains Tom. “The majority are positive exits in that they found their own independent living or were united with family. That type of thing.

“Some people went into long-term treatment for whatever their issues were. Even if somebody passed away, they didn’t die on the streets.”

Due to its status as a 501 (c) (3) organization, MHSA needs to seek funding from different organizations. The non-profit received a grant of close to $1.7 million over a three-year period from the United Health Foundation that helped set up and run the Hospital to Housing program.

Similarly, a grant received from the Oak Foundation, helped fund the High Utilisers of Emergency Services (HUES) to Home program. Through HUES to Home, MHSA worked with the Boston Public Health Commission to house the frequent emergency room and acute care patients.

For the fiscal year ending June 30, 2017, MHSA’s financials that included its subsidiary LLC MASH showed that its revenue included approximately $10.9 in government contracts and $1.5 million in grants and contributions.

MHSA will hold its 2018 Annual Meeting on Tuesday, December 11 from 8-10am at the Boston College Club on Federal Street in Boston. 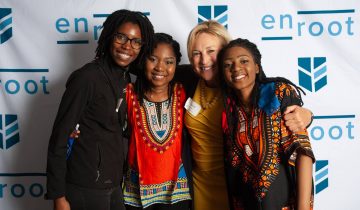