Jon Gay has been with Playworks since the national non-profit opened its New England branch in Boston in 2006.

Twelve years ago, Jon started as a Playworks coach when the organization served only six elementary schools in Boston. He progressed to other roles including program manager and development director and now sees himself in the position of executive director.

Playworks New England has progressed in tandem with Jon. The organization worked with 78,000 children in 150 elementary schools, some schools being kindergarten through eighth grade, across Massachusetts, Rhode Island and New Hampshire during the 2017-2018 academic year. There are 20 staff members at the Playworks New England office, including Jon.

Playworks believes in the ‘power of play.’ Their goal is to use recess to develop children socially as well as physically.

“We really focus on using recess to get kids physically active during the school day as well as teaching them valuable social and emotional skills,” says Jon.

“Those are the two main impacts that we’re focusing on with youth. Recess is a great opportunity to improve the school climate. How kids feel and belong. How they’re being active and healthy but also teaching them core skills that they’re going to need to know for the future.”

The non-profit provides two programs. Playworks use the direct service model at 60 of the elementary schools. This is where the non-profit places one of their employed coaches at a school. Playworks has 35 coaches employed from September until the end of June on top of the 20 employees at their office.

The Playworks coaches spend around 20 minutes with each grade at recess from 10am to 1pm. “Recess is one of the best times, especially in low-income urban communities, for kids to get their daily dose of physical activity. At a Playworks school, we’re getting them vigorously physically active by playing tag, jump rope, doing relay races. They’re taking that twenty minutes and they’re moving.”

The other program that the organization provides is a training approach, which occurred at 90 schools during the 2017-2018 academic year. Playworks provide two full days of training to all new coaches working in their program and the non-profit follows up with a consultation visit.

“The training model, we’re just focusing on recess,” explains the New England executive director. “Most of the schools are partnering with us because there is a bullying issue or there’s fights happening at recess. The issue is a lot of the discipline problems are happening at recess.

“The training schools, they identify a recess team of educators. Sometimes it’s para-professionals, lunch monitors, assistant principals even. We’re training that recess team on how to organize recess. Where do you put the games, what games can you lead and how do you start and end recess.”

Playworks provides some additional services at the schools where they have their own coaches working. One of the services is known as Class Game Time where the coaches conduct classes in co-operation with teachers.

“We teach games and activities to really help cement core social and emotional learning skills. How to communicate, how to resolve conflicts, how to be creative.

“Some of these core skills are important to a child’s education. We’re working with the classroom teacher to teach a thirty to forty-minute class. For example, using a game like soccer but teaching it in an inclusive way so every kid participates but also to make sure they understand some core skills.”

Playworks provides a youth leadership program at the 60 schools that adopt the direct service model. In this program, the coaches select fourth and fifth graders and train them after school to become peer leaders.

“The youth leaders are called Junior Coaches, they’ll come back and run recess for the younger grades at their school. You have a fifth grader who will run recess for first and second graders.

“It gives them that opportunity to be a leader among their peers. The thing that we’re really working on with them is everything from how to develop self-advocacy skills and how do you communicate effectively.”

Playworks New England has an annual budget of approximately $3 million. Half of that stems from support of private charities such as the New Balance Foundation and the Boston Foundation. Around $1.25 million is earned revenue from all the schools that are participating in the program.

The non-profit is a recipient of a $250,000 grant from the AmeriCorps program. AmeriCorps is a federal program that aims to improve lives and foster civic engagement.

Playworks holds three fundraising events every spring. In May of this year, the non-profit had its third annual breakfast event that attracts individual donors, companies and foundations. Playworks also held its ninth Annual Run for Recess, a family-friendly 5k run in May. The organization’s 11th Annual Corporate Kickball Tournament occurred in early June and attracted corporations based in Boston.

Playworks New England is entering its 13th season providing recess-based services to elementary schools in the north east region. Jon has many hopes for the future including working with all Boston Public Schools and expanding to other cities such as Lowell and Springfield. 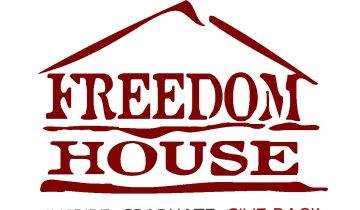