Soccer Without Borders (SWB) has expanded since its formation in Oakland, California in 2006 to serve in other cities in the United States such as Baltimore, Seattle and Boston as well as providing international programs in Nicaragua and Uganda.

The non-profit was created over a decade ago with its aim to use soccer as a vehicle for social change to allow youngsters from underserved communities to overcome obstacles to inclusion in society and personal success.

The Boston office was set up in 2012. Preston Hollis is the director for the north east branch and he operates with two full-time colleagues from an open workspace in East Boston.

Preston’s support does not end with his office colleagues as the SWB Boston has 70 volunteers. In the 2017-2018 academic year, SWB Boston staff and volunteers worked with around 330 youngsters from 17 different countries, attending over 25 schools in Boston, Chelsea, Revere, Everett, Lynn and Winthrop

“We have a focus on newcomer youth so immigrant, refugee, asylum seeking youth,” Preston explains. “We see them as often the more vulnerable population, being new to a different country, often not speaking the same language and not knowing how to navigate some of the social systems and services that we have.

“We see soccer being an international language and something that a lot of our participants and families feel comfortable with from the get go. Leveraging the power of soccer to bring people together and cultivate competence. By cultivating competence then we often find that our participants feel more confident not just on the soccer field but in school or in social situations.”

The youth involved in the program are boys and girls from six to 19 years of age. The youth in the program speak six different languages; Spanish, Portuguese, Eritrean, Creole, Algerian Arabic and Moroccan Arabic.

SWB Boston’s engagement with youngsters is mainly from September until the end of June. However, the non-profit held a summer soccer clinic from August 6-10 this year in partnership with the Washington DC based non-profit, FHI360’s Sports Visitor Program. This exchange saw approximately 40 participants from four different nations; Costa Rica, Haiti, Panama and Venezuela come together to participate in soccer-based English language activities and teambuilding.

During the school year, SWB Boston runs programming anywhere from three to five days a week. The non-profit partnered with the Donald McKay School in East Boston to conduct academic sessions with participants.

SWB Boston places an emphasis on civic engagement. In the past, the youth in the program have aided different organizations around East Boston.

The younger age groups in the SWB Boston program play in an in-house soccer league. The under 14, under 16 and under 18 teams play in the Middlesex Youth Soccer League.

Due to no government funding, SWB Boston relies on foundations and fundraising events for revenue support. SWB Boston have been offered funding from the likes of the New Balance Foundation, the Amelia Peabody Foundation and the Women’s Sports Foundation.

SWB Boston host three primary fundraising events. One of the events is coming quickly on the horizon and that is the Small Goals Big Change tournament. It is a five-a-side tournament that will take on Saturday, September 29 at East Boston Memorial Park.

Each team must raise $500 with prizes awarded to groups that raise over $750. There will also be a prize for the team that raises the most money.

Preston describes the Play It Forward Campaign which takes place in December as ‘our big ask of the community.’

“We reach out to the larger community to ask for donations to support the work that we’re doing. In the past two years, the Tottenham Hotspur Boston supporter’s group has thrown fundraisers for us, which has been great.

“They host a raffle. Last year they had a signed jersey by Harry Kane [Tottenham player] and they hosted a raffle so people bought tickets. We donated a few items as well. They donated the proceeds to Soccer Without Borders.”

While it may not come across as a typical event for a soccer-based organization to hold, Preston admits that their Craft Beer Tasting in the spring is their biggest fundraiser. This year’s event took place at the Cambridge Masonic Hall.

“We take people through a blind taste test of different regional craft beers. People pay tickets for the event and after going through a series of different beers, we reveal the winners at the end. We also have a raffle.

“They’ll donate beer for the event [craft breweries]. A lot of restaurants will donate food and snacks for the event so we’re able to offer a great experience with relatively low cost to us and able to raise quite a bit of money and share about our program as well.” 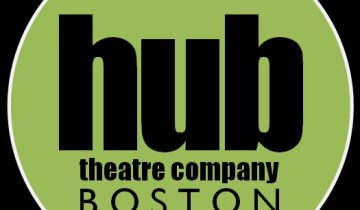